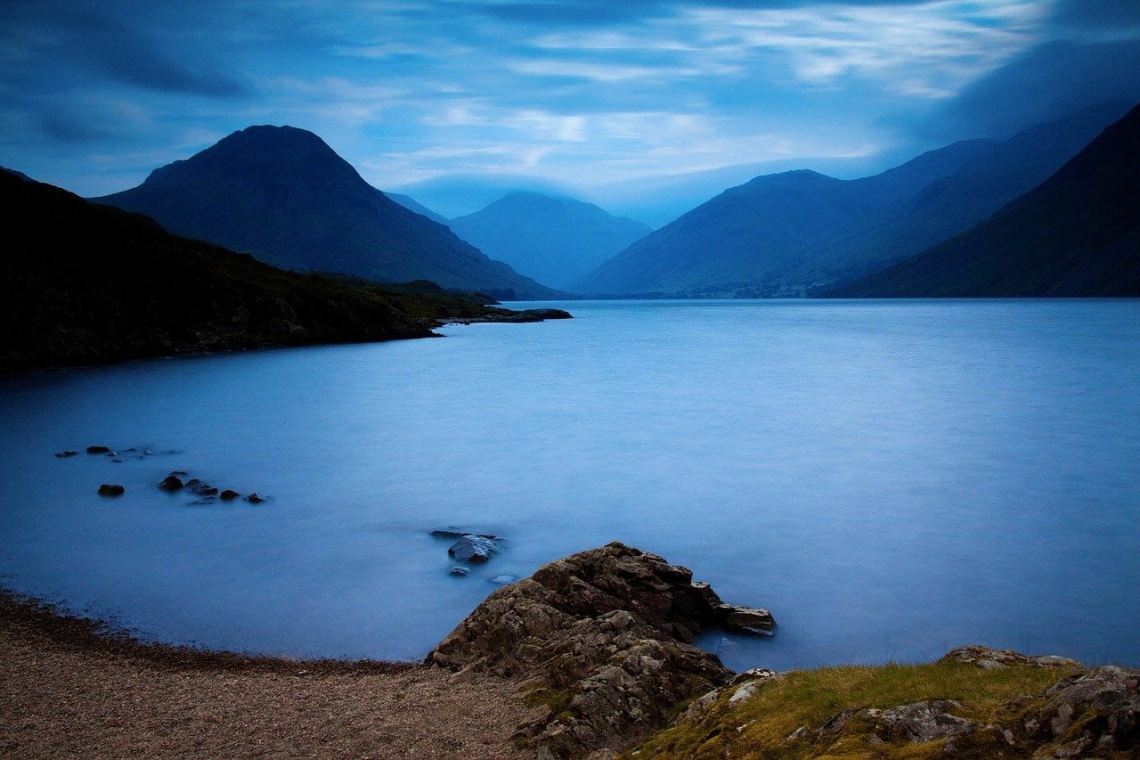 A History of Britain’s National Parks

Great Britain came late to National Parks. It was perhaps easier for other countries to create National Parks, where the government was the main owner and there were only a scatter of indigenous people to sweep aside. Hence America was first, gazetting Yellowstone in 1872, with Australia following with the Royal National Park in 1879. The first in Europe was Sarek National Park in Sweden, displacing quite a few Sami, while Africa’s first was Park Albert in 1925, now known as Virunga. South Africa’s Kruger was announced the next year, in 1926. 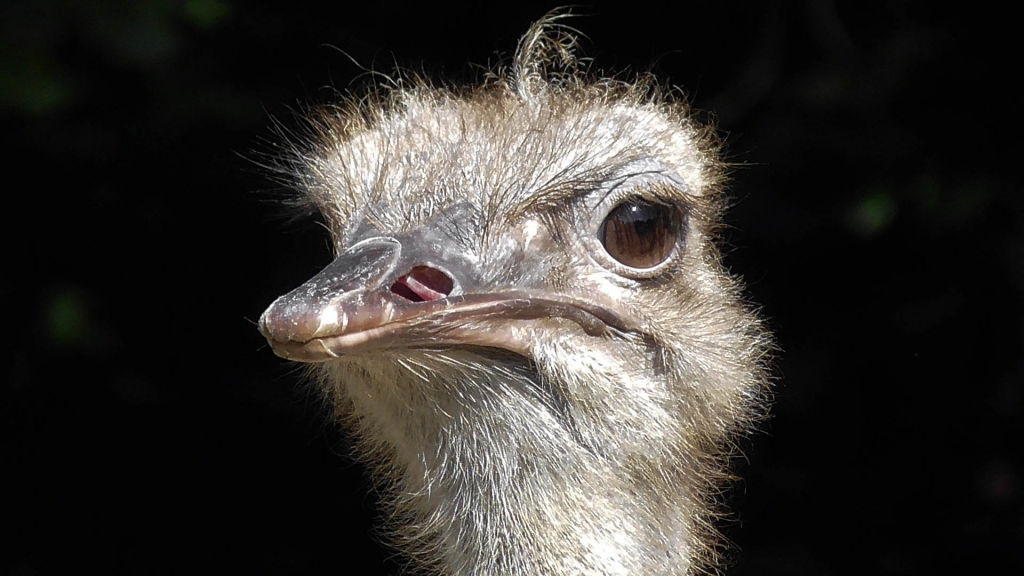 The situation was more complicated in the UK, where there were no great areas of vacant land. It wasn’t until poets such as Wordsworth were inspired by the Lake District and other regions that pressure for more open access to the countryside started to build in the great conurbations of the urban north. In the 1930s a mass trespass took place Kinder Scout in the Peak District that resulted in five people being imprisoned, but World War II intervened so nothing much was done. Ireland got in ahead of the UK, establishing Kilarney National Park in 1932. The UK’s first National Parks were officially designated in 1951, starting with the Peak District, Snowdonia, the Lake District and Dartmoor. Using a unique mixture of privately-owned land and tracts operated by semi-governmental bodies such as the National Trust the newly designated National Parks proved extremely popular. More National Parks continued to be created, with the Burren and Wicklow Mountains being added in Ireland in 1991, and the New Forest and the South Downs National Parks in England coming onstream in 2005 and 2009 respectively.

There are now ten National Parks in England, three in Wales, two in Scotland and six in Eire. Take a tour of some of the best – and the Wolsey Lodges best placed to use as a base.

The Lake District National Park is the largest park in England – and certainly the most loved. It has the country’s deepest lakes and highest mountains, a striking landscaped formed by colliding continents 500 million years ago. It’s a wonderful combination of natural beauty and the signs of human endeavour, with countless dry-stone walls marking out individual territories and vast moorland areas, dotted with tufts of the hair of wild sheep.

It’s also well served by Wolsey Lodges. Broadgate House B&B is a fantastic property on the southern edge of the National Park – the nearest cattle grid is in walking distance. St Mary’s Mount B&B is a little further south in Ulverston, and Challan Hall B&B in Silverdale is still within easy range. For the northern lakes Warwick Hall and Heads Nook Hall are great B&Bs to stay, and these two properties are convenient for the northern extent of the Yorkshire Dales and even the Northumberland National Park.

The Yorkshire Dales straddles the Pennine Mountains, very much the spine of Britain.

The landscape starts in the South with limestone Karst mountains, crags, pavements and caves, while to the North it is made up of stepped valleys and extensive moorland plateaux. It also has glacial and pre-glacial lakes, waterfalls and hills. The best B&B lodges here include  Warwick Hall and Heads Nook Hall for the northwest, Burnhopeside Hall and Dowfold House for the northeast, while Firs Farm B&B is actually set in the heart of the park’s southern core.

The North York Moors National Park is on the England’s Northeast coast above Scarborough and is an inspiring landscape formed by the last ice age. It has long attracted geologists, with a wealth of fossil remains including ammonites and dinosaur footprints, but there’s human history too, with the country’s oldest hill fort, Roman forts, castles and abbeys. The Wolsey Lodge here is Shallowdale B&B, magnificently set just outside Ampleforth.

The Peak District was where the UK’s drive to establish a National Park first started, and it is still a wonderful place for  hiking and walking. It marks the northern extent of many lowland species and the southern extent of the northern upland species: it’s tremendously rewarding if you know enough to distinguish your nuthatch from your mountain hare. The Wolsey Lodge best placed for the Peak District is Glendon House B&B, or their self-catering option Derwent House, both of which are in the town of Matlock.

The Broads are recognised as being equivalent to a National Park in status and importance, but are very different in that they protect the distinctive wetlands of the Norfolk and Suffolk Broads as well as the navigation routes along the six rivers within it.

The South Downs National Park is the youngest of all England’s National Parks and covers a line of gentle hills that stretch from Winchester to Eastbourne.  The landscape is one of chalk grassland, lowland heath and floodplain grazing marsh but it’s also the most populated of all the National Parks, with plenty of villages and market towns. A range of Wolsey Lodges is found here. Langrish House B&B is near Petersfield, Lordington House B&B is near Chichester, North Walls House B&B is in Chichester and Tirol House B&B is in Thakeham. Just to the east of the park – but still within easy reach – are Old Whyly B&B and Boreham House B&B.

The New Forest is another beautiful National Park that has recently been authorised, covering a beautiful stretch of forest and moorland to the west of Southhampton. It was officially designated a hunting ground by William the Conqueror but he didn’t completely clean it out: it still has five species of deer. The Wolsey Lodge for the New Forest National Park is Cedar House B&B in Christchurch.

Dartmoor National Park is a wonderful expanse of granite tors and surrounding moorland to the west of Exeter. There are two Wolsey Lodges on either side. Burnville House, to the west, is actually within the National Park. It has B&Bs in the main house but also a selection of self-catering properties. On the park’s eastern border is Eastwrey Barton, a charming B&B just outside Lustleigh. Alternatively, stay quietly on the coast at Carlton Court B&B in Torquay, and drive into Dartmoor to explore.

Scotland has just two National Parks, but they’re big. The Cairngorms is the largest park in the UK and encompasses the eponymous Cairngorm Mountains, countless lochs and moorland areas. When it comes to Wolsey Lodges, Lys-Na-Greyne B&B is on the eastern edge of the park, while Blervie House is a short (by Scottish standards) drive from the north.

Loch Lomond and the Trossachs National Park is also huge, and the fourth largest in the UK. This magnificent mountain landscape is great for hikers, with no fewer than 21 Munros to be climbed – and 20 Corbetts. It also has two forest parks and two national nature reserves. The best Wolsey Lodge to stay here is Cardross, a magnificent stately-house B&B with several self-catering properties around its grounds.

The largest and grandest National Park in Wales is Snowdonia, a cultural heartland in northwest Wales where more than half the population speak Welsh – and therefore know it as Parc Cenedlaethol Eryri.

It has the highest mountain outside Scotland and a dramatic, forested landscape dating back to the Cambrian era. Tir y Coed B&B is your Wolsey Lodge here, a fantastic property in a very rural setting available on a B&B, self-catered or fully-catered basis.

Perhaps the most unusual National Park in Wales is the Pembrokeshire Coast National Park, which is the only park specifically recognised for its coastline. Visit and you’ll understand why: there are glorious sandy beaches, dramatic cliffs and sheltered coves, with preserved SSSIs on land and marine reserves offshore. There are two Wolsey Lodges here: Manor Town House B&B in Fishguard, with dramatic sea views, and Elm Grove County House B&B at St Florence, just outside Tenby. Though if you’d like to stay a little outside the National Park and visit on daytrips there’s also the all-suite Penbontbren B&B within easy driving distance.

Perhaps the wildest of all the National Parks in Wales, Brecon Beacons is a wonderful landscape of vast vistas and sheltering valleys, spreading across southern Wales and dotted with market towns and heritage sites. There are currently no Wolsey Lodges within the park: your nearest is Lower Wythall B&B in beautiful Ross-on-Wye.

The best National Parks in Ireland

There are six National Parks in Ireland, of which the oldest is Kilarney – now also specified as a UNESCO Biosphere Reserve. This includes the McGillycuddy’s Reeks, the highest mountain range in Ireland, and the lakes of Killarney.

Where the mountains sweep down to the lake shores, their lower slopes covered in woodlands, lies the 26,000-acre Killarney National Park. It’s sadly not all that near to the local Wolsey Lodge, Glenlohane B&B in County Cork, but guests here find plenty to amuse themselves in this 250-acre working farm without driving out in search of the nearest officially designated wilderness.

Temple House in County Sligo is within driving distance of several of the east coast’s National Parks, including Ballycroy and Connemara, but once again guests at this Wolsey Lodge find their immediate surroundings quite interesting enough, with a large estate and its own fishing lake.

You could perhaps drive to Wicklow Mountains National Park from Roundwood House in County Laois, it’s hard to imaging wanting to as there’s so much to see in the immediate area and its 18-acre grounds.

Kilmokea B&B, in southeastern Ireland, is nowhere near any National Park and all the better for it. Their gardens are a delight, there’s an indoor pool and spa.

There’s a lesson emerging here. The UK and Ireland’s National Parks are best explored from the nearest Wolsey Lodge B&B. But often you’ll find that the Wolsey Lodge B&B you’re staying in offers so much to enjoy and experience that the National Park becomes a sort of background attraction. Our Irish B&Bs, particularly, tend to be on large private estates: you’re hardly like to forsake these for the communal areas of some distant park.

From the minute you start your stay at a Wolsey Lodges’ B&B you’ll find a perfect experience of an undiscovered part of the country, introduced by your local host. Should you run out of other things to see and do you’re sure to be able to get directions to the nearest National Park.

Stay in the Wolsey Lodges with Glorious Gardens 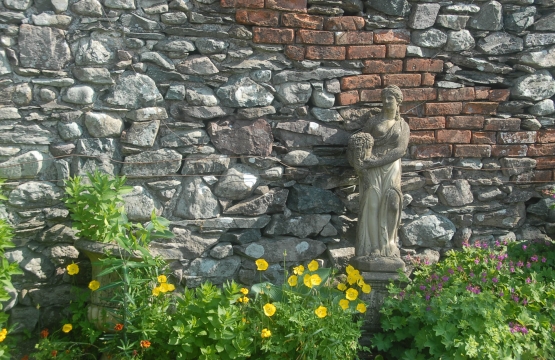 Meet the best gardens – and gardeners – of County Wexford 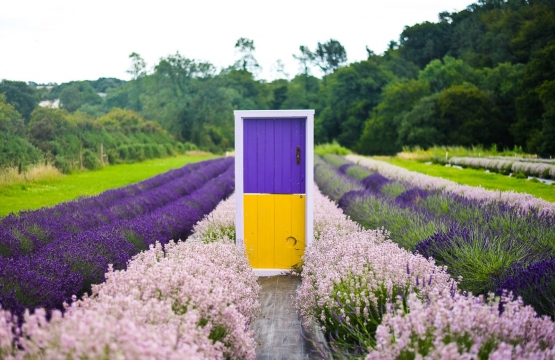 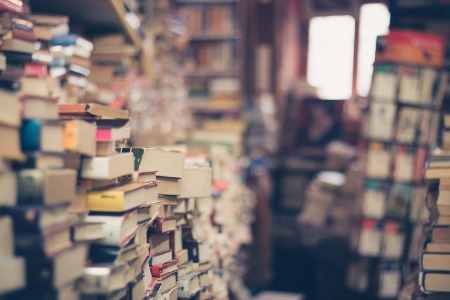