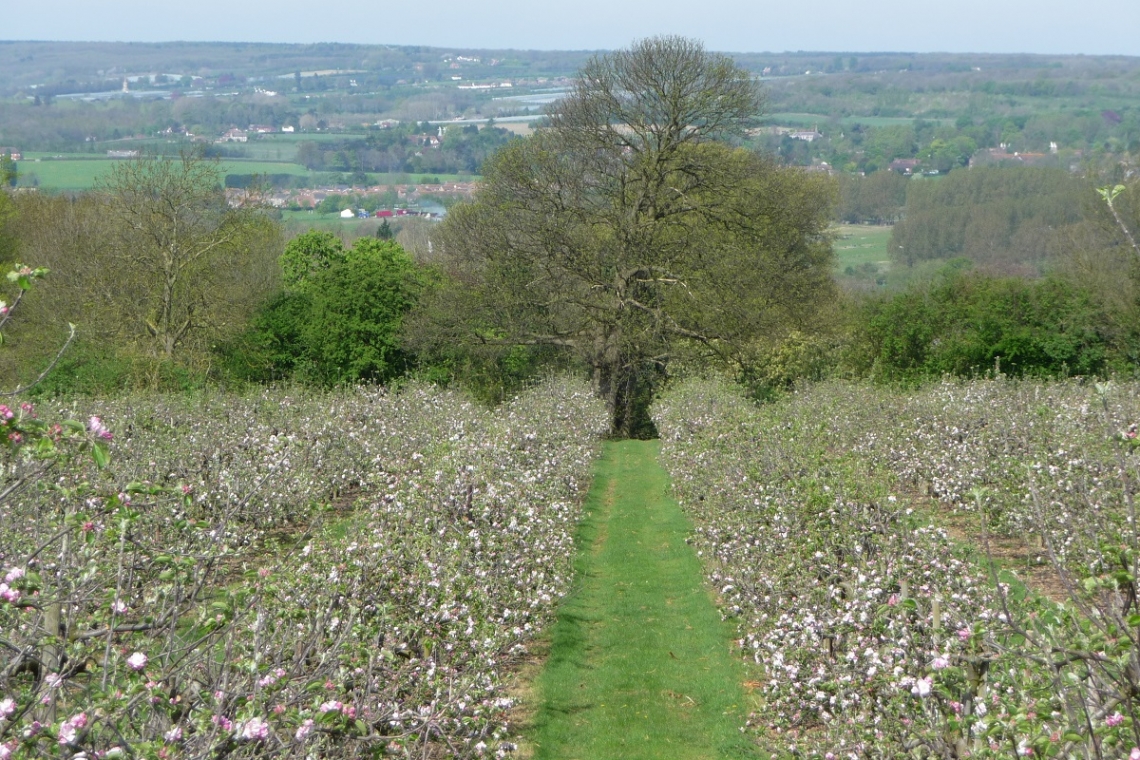 There’s nothing like staying on a working farm to let you reconnect with the natural world, and they’re at their best – and busiest – at harvest time. Sync yourself to the seasons with these stays on working farms. 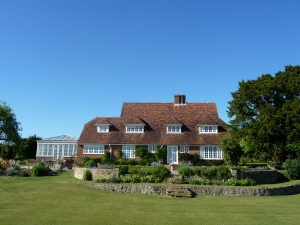 Start in the South. Reason Hill is a wonderful Kentish farm of vineyards and orchards just outside Maidstone. The Channel Tunnel is only 50 minutes away so it’s perfect for a stopover on the way to Europe, but linger longer. Your hosts here have farmed this land for long enough to have seven grandchildren and retire, handing the daily running of the farm to their children: they know their land like the back of their hand. The farm building is beautifully restored to the very highest standards: you’ll be comfortable here in this part of the country where actual farming rarely makes commercial sense. 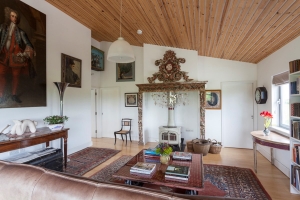 Head West to Glastonbury and Upper Crannel Farm is a fantastic modern property designed by architect Richard Paxton, a frequent contributor to Channel 4’s ‘Grand Designs’. This offers tranquil and stylish accommodation with stunning views of Glastonbury Tor, but surrounded by fields and nature on every side. If any B&B was to be available on prescription, this would be the one: it is atmospheric but relaxing, the perfect place to chill. Paxton also designed a sister property that is available on a self-catering basis, so you can take advantage of this lodge however you like. 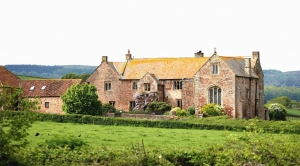 Further West and Blackmore Farm is a magnificent Domesday-listed manor house just outside Bridgewater near the Quantock Hills. The interior is stunning, with mullioned windows, stone arches, and open fires, and it’s furnished to match with antiques, suits of armour and period tapestries. Accommodation is in the main house, in a range of stylishly converted outbuildings or even in a shepherd’s hut on wheels, but breakfast is always in the medieval hall. 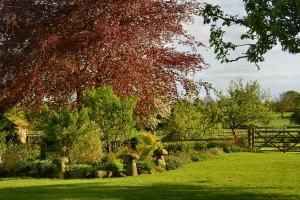 Edge north to Shropshire and Court Farm is a listed Georgian farmhouse near Church Stretton. The Shropshire Area of Outstanding Beauty (AONB) is made up of a patchwork of arable and pasture fields and Court Farm fits in perfectly with its mixture of crops and cattle, all sold with ‘Red Tractor’ accreditation. They also grow a fair few vegetables just for the table, many of which may feature with your breakfast, along with eggs from the chickens that range around the orchards. 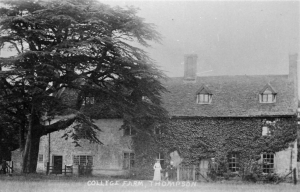 East to Norfolk and College Farm is another ancient property, built as a chantry to use the power of prayer to ward off the Black Death. Gradually it lost its connection with the church and grew closer to the land. It’s in a fascinating part of the UK known as ‘The Brecks’ which are notable, among other things, for the ‘Pingo’ ponds, also known as ‘Kettle’ ponds. These were formed in the last ice age and the only places they are found are this little patch of Norfolk – or in the Arctic. Norfolk tourism run several ‘Pingo Trails’ to explore these wildlife havens but College Farm have three ‘pingos’, at least, on their own land. Farm animals are also pretty unusual: at College Farm they include llamas, alpacas, sheep and chickens. 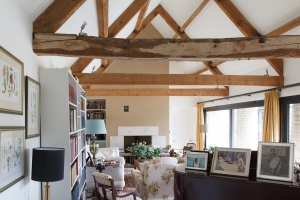 West again to Ox House, a beautifully converted former diary in a working Cotswold farm just outside Stroud. Your accommodation here is of the highest standard, with exposed beams and a magnificent sense of space. Meanwhile the farm has have moved away from food production to the civilised world of horse training. The main farm activities centre around thoroughbred horses, getting them ready for eventing and point-to-point races, and the loudest thing that is likely to disturb your rural peace is the distant sound of hooves thundering on grass.

There are more horses to the East in Brills Farm, set in the rolling Lincolnshire countryside. The farm focuses on arable and pedigree cattle, but horses are part of its DNA. There’s stabling available, rides from the door, and plenty of farmland and woodland areas open for gentle – or more ambitious – hacks. 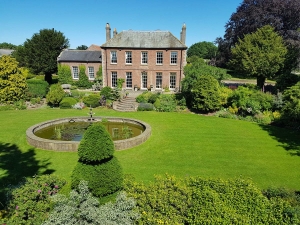 You don’t need a horse for The Wold Cottage, a wildly misnamed mansion in the Yorkshire Wolds. As a gentleman’s residence, the name is ironic: it’s a fabulous property on an epic scale that happens to have 300 acres of farmland to support its Victorian-era sense of entitlement. You have six bedrooms here, spread between the main ‘cottage’ and a walled inner garden of refurbished farm buildings, all beautifully renovated. This is an ideal place for a family reunion. There’s also a ‘Wold Cottage’ for self-catering accommodation. 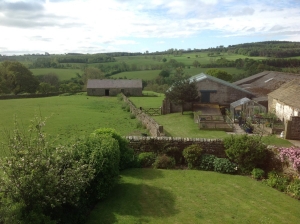 There’s no need to be sheepish about booking a visit to Firs Farm in the Nidderdale Area of Natural Beauty (AONB). The lambing season might be over for this year but this is a wonderfully unpretentious (though listed) property dating back to the 14th century. You have a high degree of privacy here, with your own entrance into a private wing, so this can be either a tranquil rural retreat or a wonderful opportunity to experience everyday life on a working farm.

Head just across the border into Scotland and the town of Gretna Green no longer encourages runaway brides. It does, however, welcome guests to West Barmoffity Farm. Many Wolsey Lodges are traditional, and in a good way, but this is another that is .. stylish. West Barmoffity Farm was built over two years by your hosts (who lived in a caravan while their dreams took shape) as they sculpted the landscape to suit their ideals. There’s now a new lake for passing – and resident – birds and the domestic cattle mixes with indigenous wildlife. The caravan used for by your hosts for the two years through the building works has gone (and is not much missed): these days you’ll now have to put up with comfortable beds, en-suite accommodation and very excellent breakfasts. 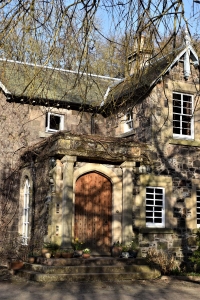 Farming gets quite different when you get to the far north of Scotland. Gone are the cattle; in comes the game. Woodmill House – along with its self-catering sister Woodmill Arches – offers a toehold into a world of privately-owned wildlife estates. Woodmill House provides B&B accommodation in a private wing, Woodmill Arches is a stylish self-catering unit nearby, but the main business here is connected to Woodmill Game. If you want to learn how to pluck a pheasant or effectively butcher a deer this is the place to learn how.

Woodmill House is within easy reach of Edinburgh Airport and several great Scottish beaches. When England’s coast gets crowded this could be the summer to look to the longer days in Scotland. 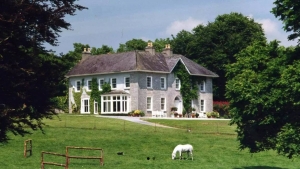 As a final Hurrah we look across the sea (the Irish Sea, obviously. Who needs France) to Glenlohane. This is a magnificent manor house that has, in many ways, perfected the Wolsey Lodge formula. Guests are welcomed as friends, evening meals are with your hosts, and if you want to set out hunting foxes in the 250 acre estate that is fine too. Otherwise, just make friends with your hosts and relax amongst the sheep, horses, fantail pigeons, cats, dogs and a guinea hen called Fred.  If you want to relax in Irish style this is the place to do it.

New Wolsey Lodges – by the sea 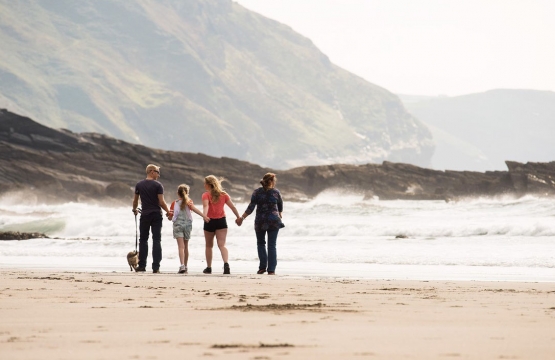 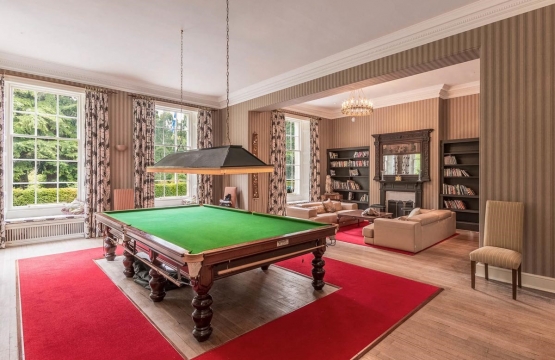