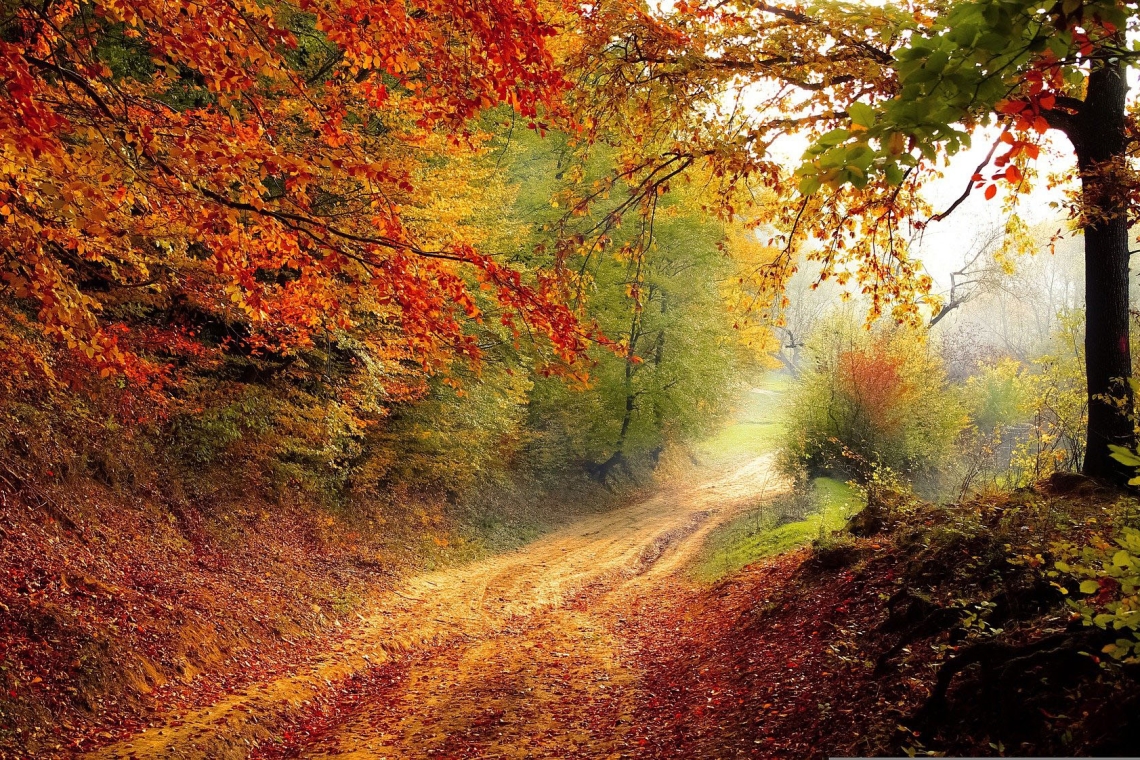 The changing seasons are at their most visual in the month of Autumn. Landscapes across Britain and Ireland are transformed, as greens give way to a dramatic palette of browns, reds and golds, shrouded by morning mists and gently cooling temperatures.

This is a great time to take a trip to a Wolsey Lodge. The summer crowds have long gone but the days are still a good length. After a long period of unusually hot weather the countryside breathes a sigh of relief before winter sets in.  Here are just some suggestions for making the most of your travels in Autumn.

Say an Autumn hello to Willow and Ringo, Reymerston Hall‘s two rather mischievous pigmy goats. Set in private grounds just outside Norwich, this is a superb place to see in the season. Owner Elizabeth Holbrook says “We have 13 acres of land so you’re surrounded by nature here. The grounds here must have been planted 200 years ago as the trees are really established: specimen trees include holm oaks and cedars. A lot of our land is parkland so you can see individual trees very clearly, but we also have plenty of patches of woodland. We are always getting deer in the garden and we’ve got two ponds with 30 resident mallards and three beautiful Aylesbury ducks. Really you’re surrounded by nature.” 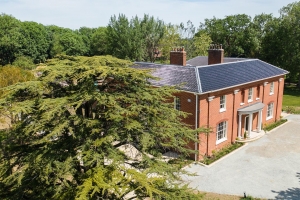 Although it’s only 20 minutes from the city of Norwich, Rymerston Hall is remarkably rural. Penshorpe, the home of BBC’s ‘Springwatch’ programme, is close: this is a beautiful lake and woodland area with spectacular birdlife. Oxburgh Hall is close by: quite apart from the medieval moated manor house it also has plenty of woodland trails there that are great for spotting Autumn colours. And of course there’s the Sandringham Estate, with beautiful grounds. This opens up the whole Norfolk coast, there are countless nature reserves, miles of beaches and plenty of seals.

In such a beautiful setting Reymerston Hall is just a great place to stay. Previously home to Wing Commander Ken Wallis, of autogyro fame, it has been wonderfully renovated. The decor is traditional but very smart: even the bathrobes are monogrammed After a day out in nature it’s great to get back to the drawing room, with its honesty bar, to find a log fire lit and spreading warmth throughout the house.

The great thing about Exmoor is that it is great at any time of year, but there’s something special about Exmoor in Autumn. And there’s no better place to stay but in the park itself, at Bossington Hall B&B. This fantastic property has views of the sea and land: it’s not just in the National Park, it’s also in the National Trust’s Holnicote Estate, which curates 12,000 acres of Exmoor. From Bossington Hall it’s a ten-minute walk to Bossington Beach and the South West Coast Path. 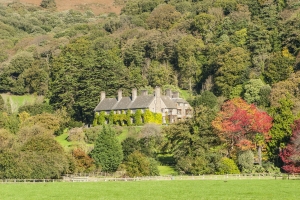 After a day in Exmoor Bossington Hall is a great place to stay. The property is set in eight acres of informal gardens, in which you’ll find a millpond, a river, tennis and badminton courts and a Grade II listed squash court. Bossington Hall was built in 1911 by one of the last 19th century ship owners and has been decorated in period style. There’s an honesty bar stocking artisan Exmoor gins and a wonderful terrace for sundowner drinks. These come earlier in Autumn, leaving you plenty of time to relax in the stately guest sitting room or the private cinema – with leather seats.

The Gulf Stream ends up in the Moray Firth, blessing Blervie House with a sunny microclimate: ideal for exploring this wonderful part of Scotland through the Autumn months. For autumn colour you’re spoiled for choice: Blervie House is set in a 300-acre estate, with extensive views over the Moray Firth and Scotland’s north coast. The first bit of wildlife you’re likely to see is Charlie the peacock, but there’s plenty more on the estate: red squirrels, deer and abundant birdlife. 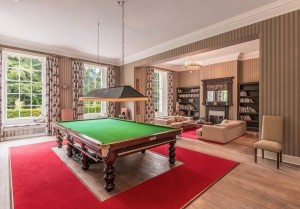 Best of all are the open fires that warm cooler evenings, the stately living rooms that are free for you to use, and the full-sized snooker table to while away Autumn evenings. There’s a huge range of things to do and see in the area, including castles, beaches, whisky distilleries and stately homes, but many guests here barely leave the Blervie Estate.

Rather than wandering the grounds of your chosen lodge, there are parts of England that attract international visitors to admire the Autumn Colours. One of the most impressive is Westonbirt Arboretum. With five separate tree gardens housing 2,500 specimens from every corner of the globe this is at its absolute best in Autumn: it’s easy to spend a whole day here.

A good lodge to choose near Westonbirt is Bullocks Horn Cottage B&B. This friendly little B&B is just outside Malmesbury, within easy reach of Westonbirt in the southern Cotswolds: though it has three guest bedrooms generally you’re likely to have the place pretty much to yourself. This is a pretty rural property, with a cosy sitting room warmed by an open fire in the Autumn, and a delightful garden of its own. As well as visiting Westonbirt take time to look around Malmesbury. This market town has a lovely high street with a range of independent shops and restaurants. Malmesbury is the oldest borough in England with our first King (Ethelred) buried in the grounds of the 12th-century Malmesbury Abbey – though no-one has quite worked out where.

Whichever Wolsey Lodge you choose for Autumn, you’re sure to find a B&B that suits your taste and budget. Just take a look at the range on offer. 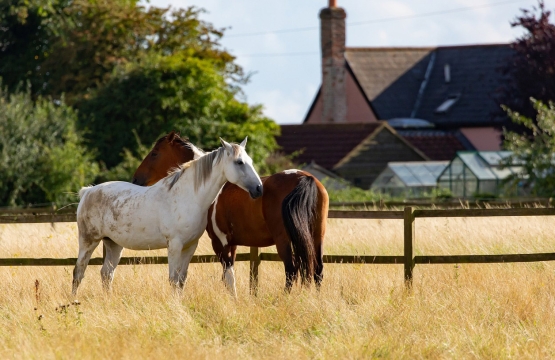 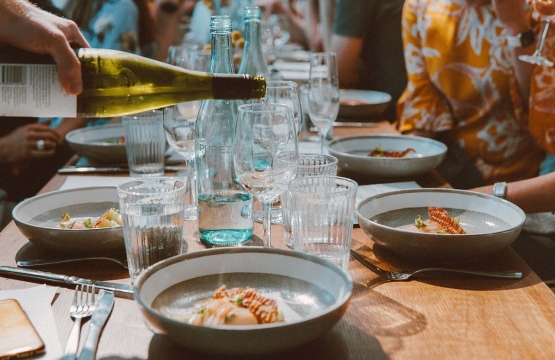 Sometimes the weather in Britain and Ireland is wholly unexpected. The month of July in 2022 has divided the nations, with a…