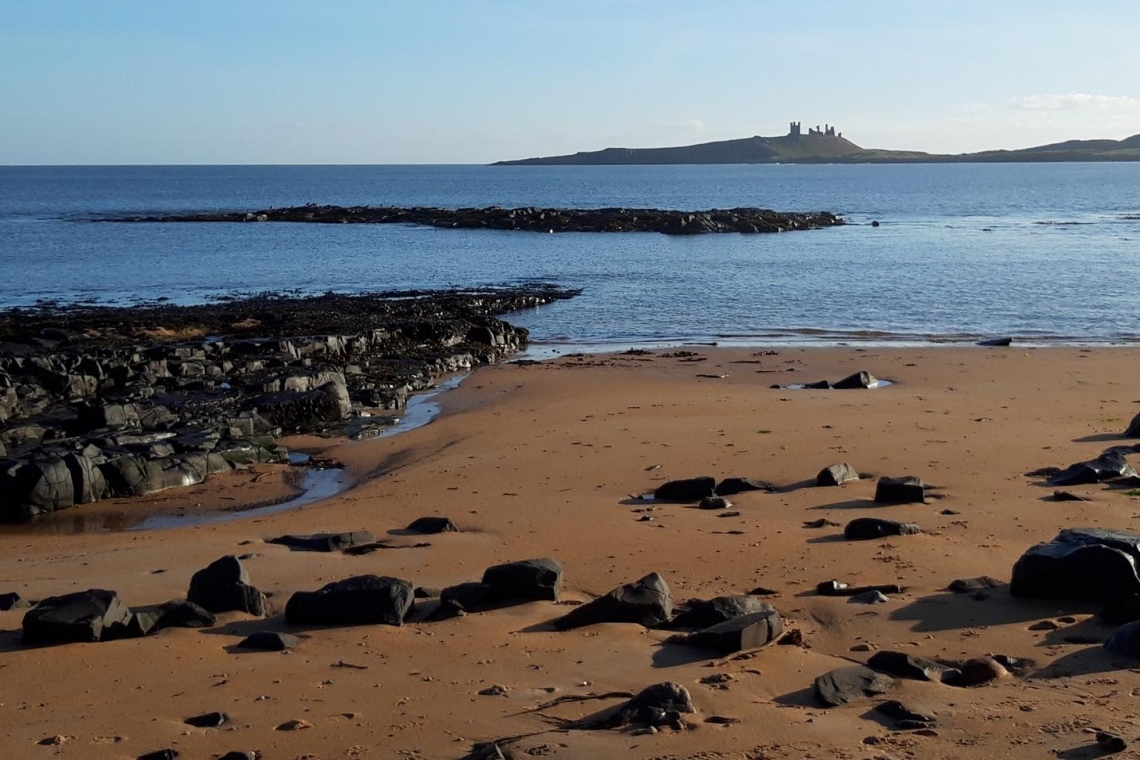 Travellers often skip past North Northumberland, but they’re making a huge mistake. Here Claire Jarmain from Post Office House outlines seven of her favourite things to see and do on a visit.

The lovely market town of Alnwick (pronounced Annick) is located just 20 minutes by car from Post Office House. Alnwick castle has been used for many film locations, famously Harry Potter and Downton Abbey. It is one of the largest inhabited castles in England and visitors can book to look round the magnificent State Rooms and of course, the grounds which were used to film the Broomstick scenes for the first Harry Potter film and also Downton Abbey as `Branchester Castle’. The fabulous Alnwick Gardens was opened in 1992 by the Duchess of Northumberland and features a wonderful water cascade and an array of beautiful flowers, trees and shrubs. Not forgetting the town of Alnwick itself with its wide range of independent shops, cafes (visit the Dirty Bottles!) and not forgetting of course, Barter Books. Barter Books is one of the largest secondhand bookshops in the UK and located in Alnwick’s former Grade II Listed Victorian railway station, it is a fascinating place and not to be missed!

This historic place is the most northerly town in the UK: it’s only three miles from the Scottish Border. Berwick was once the third most important shipping port in the UK, exporting mainly salmon, barley and wool. It has changed hands between England and Scotland thirteen times! It also was an important military base and is home to Britain’s oldest barracks. Berwick was a particular favourite of the artist LS Lowry, and there is a ‘Lowry Trail’ which takes in the Elizabethan Walls Walk and many of the settings of some of his most iconic paintings. It’s a beautiful place to stroll along the quayside and up along the pier to the lighthouse. You can also take a boat trip in search of dolphins: this is a real highlight.

Bamburgh and the Farne Islands 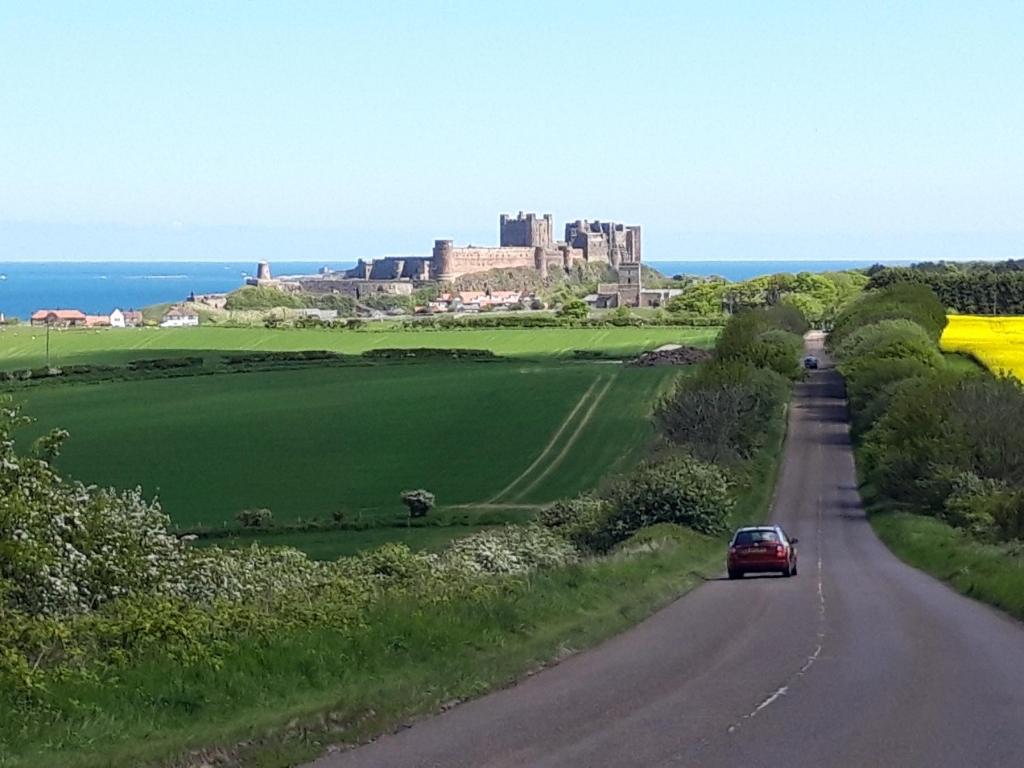 This iconic, beautiful castle is possibly the most photographed one in the country and the lovely, coastal village that grew in its shade was also home to the Victorian heroine, Grace Darling. She shot to national fame when, in 1838 and at the age of just 22, she heroically helped rescue survivors of the S.S. Forfarshire, a paddle steamer that ran aground in a storm. Even Queen Victoria was impressed, sending Grace £50 – many thousands in today’s money. Visit the RNLI Grace Darling museum, purely dedicated to Grace and her family. The beach at Bamburgh with the backdrop of the castle is simply breathtaking and is a must for the visitor. Another must-do is a boat trip over to the Farne Islands (boats run from Seahouses) to see rare seabirds, Grey Seals and of course, the wonderful, colourful puffins. Longstone Lighthouse is open to the public and this boat trip is operated and run by George Shiel who is the only licensed boat to land on Longstone Island (currently closed due to Covid)

Craster is a lovely, little fishing village and more famously home to the world famous `Craster Kipper’, still traditionally oak-smoked by L. Robson & Sons which is also still run by the Robson family, in their fourth generation. Take a stroll along another beautiful part of the Northumberland Coastline where you will find the haunting, majestic ruin of Dunstanburgh Castle, another very iconic and highly photographed castle. The walk from Craster, past Dunstanburgh takes in Embleton Bay with it’s golden sands and further round the headland, the gorgeous little coast pub, The Ship Inn which served the most delicious crab sandwiches and an excellent pint of their own real ale, brewed at their on-premises micro brewery. 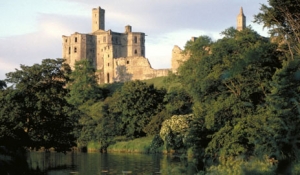 Picturesque Alnmouth with its lovely beach is located just a few miles down from Craster where you will find some lovely art galleries, cafes and gorgeous walks. Further on is Warkworth with another majestic partially-ruined castle which was owned by the Percy family. Now run by English Heritage, it is well worth a visit along with the village itself with its quaint tearooms, independent shops and the amazing Fenwick Gallery – don’t forget your purse! Amble, known as the `friendliest port’ is becoming rather a foodie haven with its lobster hatchery, lovely seafood restaurants such as The Old Boathouse and Jaspers, the retail `pod’ village (all independent local shops) and a very extensive Sunday market. Coquet Island boat trips run from here in search of the rare Roseate Tern. Coquet Lighthouse’s keeper was Grace Darling’s brother, William. 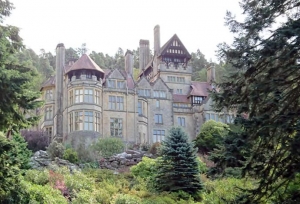 This incredible country home was the brainchild of Lord William Armstrong, the Victorian pioneer and inventor. Lord Armstrong made major renovations to Cragside in the 1870’s and was the first house in the world to be lit by hydro-electricity. His massive Elswick Works in Newcastle employed more than 25,000 people. Bamburgh Castle was also extensively but sympathetically renovated by Lord Armstrong in the 1800’s who lived between here and Cragside. Cragside is one of Northumberland’s gems and is a visitor `hotspot’. It is now owned by the National Trust so members enter for free.

Wooler and the Cheviots

Further inland is Wooler, Gateway to the Cheviot Hills and for those who love walking and hill climbing, then these beautiful hills with their amazing views across the Northumberland countryside are essential. There are many different walking routes from relatively easy to the very strenuous! Also not far from Wooler is Linhope Spout, a stunning waterfall in the depths of the Northumberland National Park – be prepared to allow all day to visit this beauty spot.

One thing is for sure. You shouldn’t miss this fantastic part of England. And if you do decide to visit, stay at Post Office House. We can help with more ideas of what to see and do. 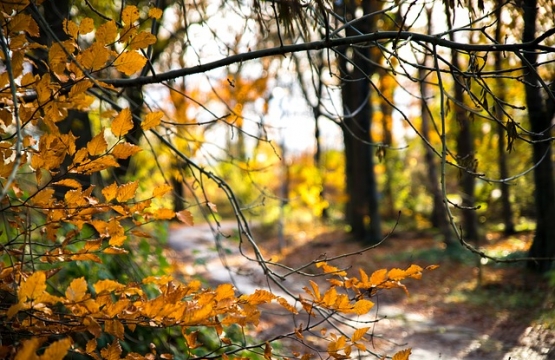 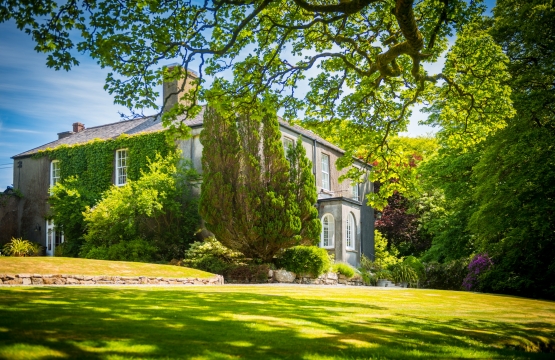 Your hosts here are Simon and Claire who also live on-site. Claire looks after the Front-of-House, using her first-class degree in Hospitality Management, her 12 years at Bonhams and 5 years at Swinton Park, a luxury castle hotel, shows in the elegant decor. Simon draws on his experience as a former chef in a country house hotel and more recently Assistant Technical Manager in Food Manufacturing and produces excellent breakfasts: even the beans are homemade. Local specialities include Craster Kippers, smoked salmon and freshly-ground coffee from Pilgrims Roastery on Holy Island. Ingredients are fresh and locally sourced. Special diets can always be accommodated but by advance notice only. Please note: For Vegans, Post Office House provide a separate bespoke menu which is extra at £5 per room, per day. They are walker and cyclist friendly: each room has a boot tray and there is secure storage for bicycles and motorcycles.

Sometimes the weather in Britain and Ireland is wholly unexpected. The month of July in 2022 has divided the nations, with a…