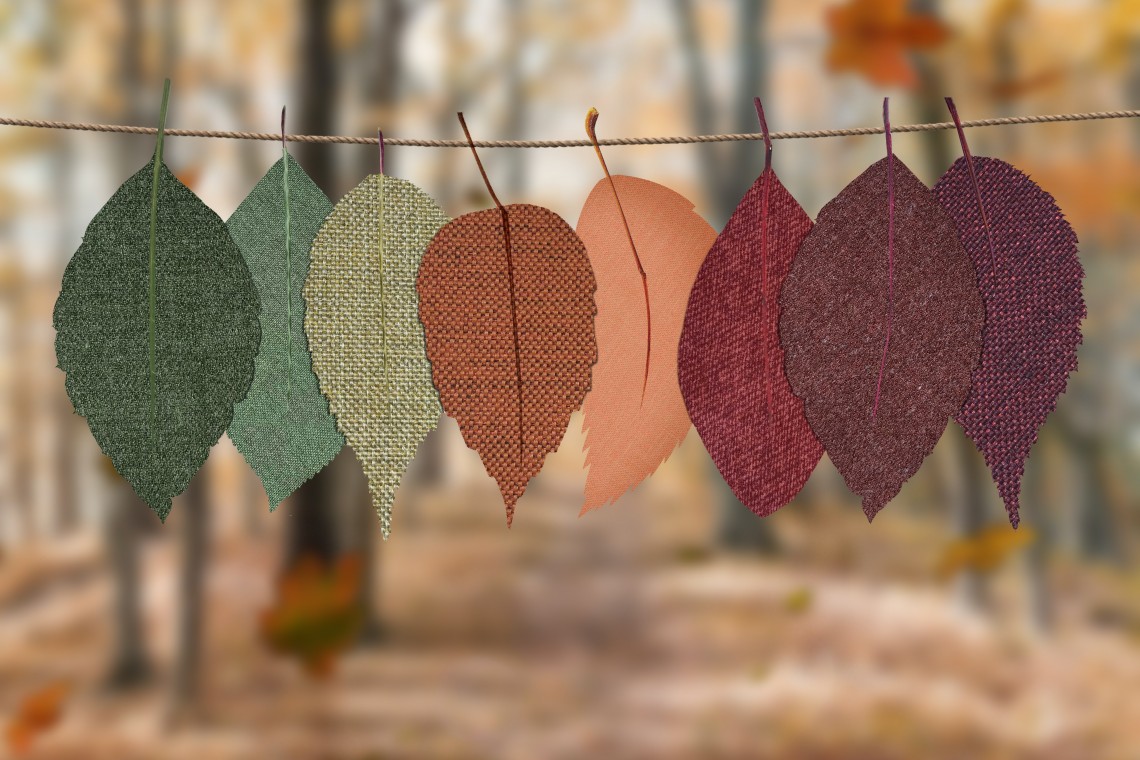 The distinctive B&Bs that form the Wolsey Lodge association are perfect bases from which to experience Britain’s Autumn colours. Some have spreading grounds that provide a private palette, while others are near to National Parks, regal estates or National Trust land. Best of all, you’ll have the inside information of your hosts, whose local knowledge can steer you to the best places to go. 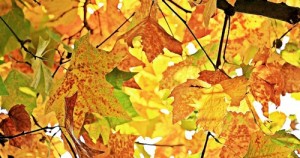 Leaves turn first in Scotland and the change works south through the country so if you time your travels carefully you can experience this magical time of year right up until November.

The far north of Scotland is known as big tree country, with more than 25 species adding to a dramatic landscape. Silver birch, hazel, ash and oak start to turn in late September, peaking in early October. Lys-Na-Greyne – literally ‘the meadow of the sun’ – is a great base from which to explore.

Lys-Na-Greyne is set in three and a half hectares on the River Dee, looking across the water to Glen Tanar, Mount Keen and the Cairngorms National Park. Though Glen Tanar might lack the swept grandeur of the Cairngorm moorlands it is in fact a better place to find autumn colours. The nearby Muir of Dinnet nature reserve also protects a range of trees, lakes and waterfalls.

Built as a tower house in 1598, this grand stately home is set high above t he River Forth, with commanding views in every direction. Cardross is perfectly placed to explore the Queen Elizabeth Forest Park which leads on to Loch Lomond and the Trossachs.

The lakes and forests here have inspired generations of artists and poets, including Wordsworth and Coleridge. Loch Katrine, in particular, is at its most spectacular in Autumn and the vistas will be instantly recognised by anyone who’s ever attended furniture auctions: the views were irresistible to amateur Victorian painters who tried to capture its beauty with varying levels of success.

The Lake District should be on everyone’s Autumn visit list. Now recognised as a UNESCO World Heritage treasure, it is a landscape that becomes a riot of purples, reds, oranges and yellows. Best of all, the summer crowds have receded and you can travel more or less in peace.

Cook House was originally a staging point to nourish weary travellers, now it rewards a longer stay, with two guest bedrooms, wonderful gardens and a warm welcome guaranteed. The colours of the Lake District are stunning in Autumn, with lots of silver birches showing their colours against the blue of the water while the Serpentine Woods near Kendall add a sculpture trail to a lovely broadleaf woodland.

There are other Wolsey Lodges in and around the Lake District: these include Johnby Hall amongst the northern lakes, while St Mary’s Mount is in strolling distance of the Lake District town of Ulverston. Each will have their own local favourite areas for experiencing the changing seasons.

Mirroring the Lake District on the east side of England the North York Moors National Park has a different but equally appealing range of Autumn colours. It starts in September on the moors with the flowering of the heather, spreading to the woodlands in a palette that ranges through red, orange, mustard and gold as well as a multitude of fading greens.

The Wold Cottage is at the heart of a working farm so is very much in touch with where to go and what to see, and the area still has plenty of beautiful, still privately owned historic houses – amazing for autumn woodland vistas. These include Burton Agnes Hall, Castle Howard and – as recently featured on Gardener’s World – Sledmere House.

Autumn is also a great time to blow the cobwebs away on the beautiful beaches of the East Coast, with five miles of open beach at Filey, or the rugged headlands and secret coves at Flamborough Head. For this you will probably choose to stay at Flamborough Manor, a Georgian home on Flamborough Head, surrounded by some of the UK’s most beautiful chalk cliffs.

While at this latitude it’s well worth looking west, across the Irish Sea to Eire. Temple House is a wonderfully rambling country estate, a magnificent building funded by somewhat mysterious Empire-building ventures in the Far East. A few hundred years later it is a rambling and very relaxed country home. The traditional Irish welcome is at its finest here, with the Autumn colours shining bright against sheep on every side.

Head south to Cork and there’s another country-house estate, Glenlohane. Home to the same family for ten generations it has plenty of animals around, including sheep, horses and a guinea hen called Fred, as well as a collection of classic sports cars and motorbikes. The changing colours transform the 250-acre estate, while all the attractions of southern Eire are in easy reach.

At any time of year the Cotswolds is known as one of the most beautiful parts of the country but is at its best in the Autumn.

Rectory Farm is in the north of the Cotswolds, a creeper-clad country house in Oxfordshire where your every need can be supplied fresh from the farm. Even the honey comes from the farm’s own bees and there are two natural trout lakes where you can cast your fly against the changing colours of the surrounding woodlands.

The newest Wolsey Lodge in the Cotswolds is The Ox House, a charming two-bedroom B&B that is within easy reach of Highgrove and Westonbirt Arboretum.

The Cotswolds are at your doorstep here, perhaps the gentlest of all the UK’s iconic landscapes. Picture-postcard villages are delightful adornments to the ever-changing natural world on every side. The Wye Valley and the Malvern Hills are within easy reach. Alternatively you can put the car keys down. Slimbridge Wildfowl and Wetlands Trust, a haven for resident and migratory species, is a canalside cycle ride away. Or simply take a stroll straight from the impressive steps that lead to your door: Frampton Court is known for its gardens and runs tours of the grounds.

You don’t get many better autumn vistas than the view from Castle Farm‘s riverside terrace. Sit here with a cup of tea and look over what is probably Britain’s largest chalk river, crystal clear waters wending through the Norfolk countryside.

There are countless places to visit from here: you can reach any part of Norfolk in less than 30 minutes. For many a highlight is the award-winning nature reserve at Penshorpe, a ‘Springwatch’ location, where there’s a programme to re-introduce red squirrels. Alternatively Foxley Wood is the county’s largest ancient woodland and coppice, 320 acres beautifully preserved by the Norfolk Wildlife trust. Or experience the autumn foliage simply as a background to more active pursuits: guided fishing is available here, with roach, chubb and pike swimming straight past your terrace.

There are other Wolsey Lodges nearby. Manor House Farm in Wellingham has a four-acre garden that opens every year as part of the NGS, and your hosts can direct you to numerous walks in the region to discover the best Autumn shades.

Head south into Suffolk and there are two further Wolsey Lodges. West Stow Hall is ideally placed for West Stow Anglo Saxon Village and Anglesea Abbey, but is even closer to Fullers Mill Gardens that is something of an unsung gem. Created over the years by one man, it has passed to the Gardeners Royal Botanic Society and is now run by volunteers.

After you’ve admired the specimen trees West Stowe Hall also boasts what is probably the largest inglenook fireplace in the county – perfect for an open fire as the evenings draw in. Alternatively Haughley Hall is a magnificent medieval manor house in the conservation village of Haughley, close to Bury St Edmunds. Autumn highlights in the area include Minsmere Bird and Nature Reserve and Redgrave and Lopham Fen Reserve.

A scatter of Wolsey Lodges bring the best Autumn colours across Hampshire and Sussex. Borough Court in Hartley Wintney is poised between the South Downs National Park and the North Wessex Downs. There’s no need to drive this far, as this is one of England’s most beautifully understated regions with countless rivers and lakes, streams and woodlands. Dogmersfield Lake is close by, as is Alice Holt Forest. 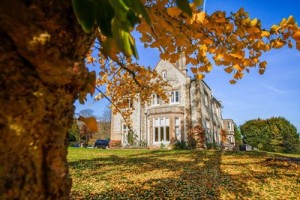 Langrish House near Petersfield is even closer to Alice Holt and is set within the South Downs National Park, with beautiful walks from the door. The Meon Valley is at its best at this time of year, with glorious colours one very side. This is a great place to take your dogs: they get embossed medallions and their own balls to play with.

Another gem within the South Downs National Park is Lordington House. This fine 17th century manor house on the wooded borders between Hampshire and West Sussex has a lovingly tended garden. There are fantastic views from the property over the Ems Valley, at its most beautiful at this time of year as Beechwoods and limes turn all shades of gold. Hop in the car and you’ll find plenty of National Trust properties in the area for a more formal experience of the Autumn season.

Tirol House near Thakenham is poised between the South Downs National Park and the High Weald Area of Natural Beauty in a land of hop fields and oast houses. There are some tremendous places to see huge collections of trees in this part of the country. Head west to Petworth, where the landscapes were designed by Lancelot ‘Capability’ Brown in the 1750’s, east to Borde Hill Garden with its parkland and trees, or Wakehurst for its botanic gardens and rolling estates.

These are a mere sample of Wolsey Lodges in the UK and Ireland. But wherever you choose to travel all Wolsey Lodges are run by their owners and these are the people who know their local areas best. Each will have their own favourite places to experience the colours of Autumn, and this local knowledge is what makes any Wolsey Lodge a cut above more conventional accommodation, and provides that little bit extra so valued by our guests. Wherever you travel in the United Kingdom and Ireland, make sure you stay in a Wolsey Lodge. 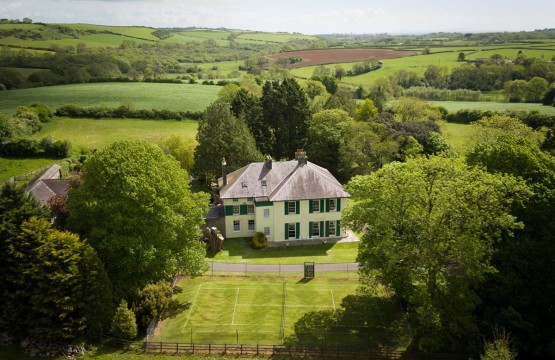 Festive fun across the UK and Ireland 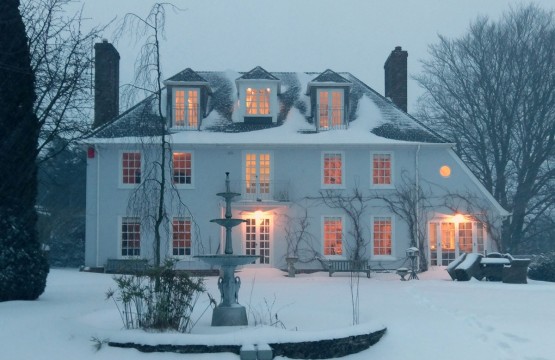 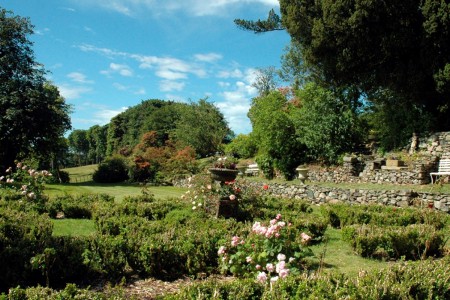 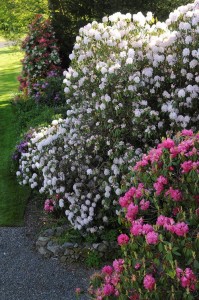 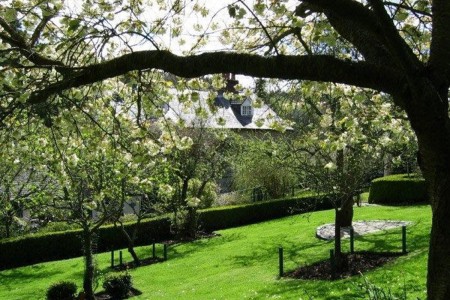 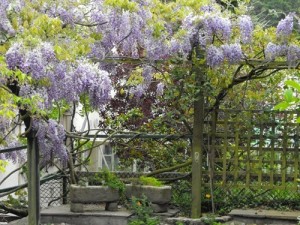 Firgrove Country House is set on a sloping site of approximately 2 acres. The… 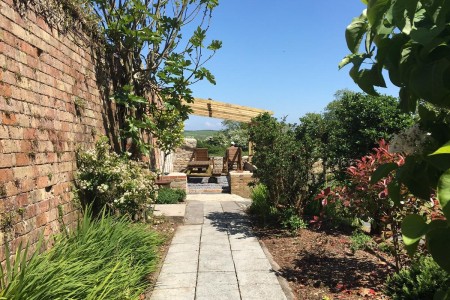 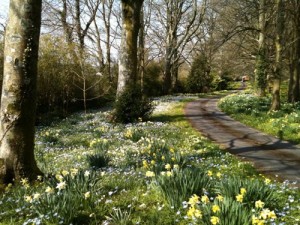 Elm Grove is located in 20 acres of gardens, lawns and…